Inside a Gilded Age Residence in Manhattan 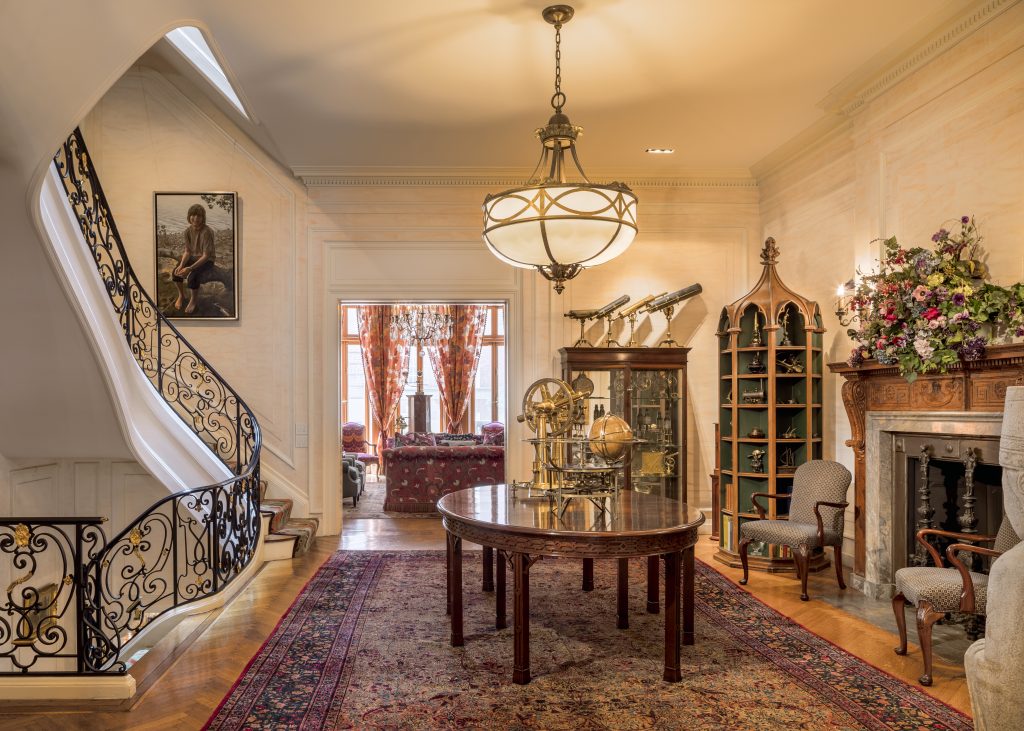 During the period now known as the Gilded Age, the United States and the rest of the world were on the brink of a new modern era of enormous economic growth, immense personal wealth, and revolutionary social mores and systems. These years represented a time of remarkable transition in New York, and its influence on the city’s expansion is still evident along upper Fifth Avenue and its verdant side streets. The inevitable advance of commerce on Fifth Avenue below Central Park drove to the north the completion of many grand private residences adjacent to the carefully planned rusticity of Frederick Law Olmsted and Calvert Vaux’s bucolic Central Park and the newly opened Metropolitan Museum of Art. The cultural impact of the era continues to be felt to this day, inspiring a highly successful and eponymously named series on HBO. 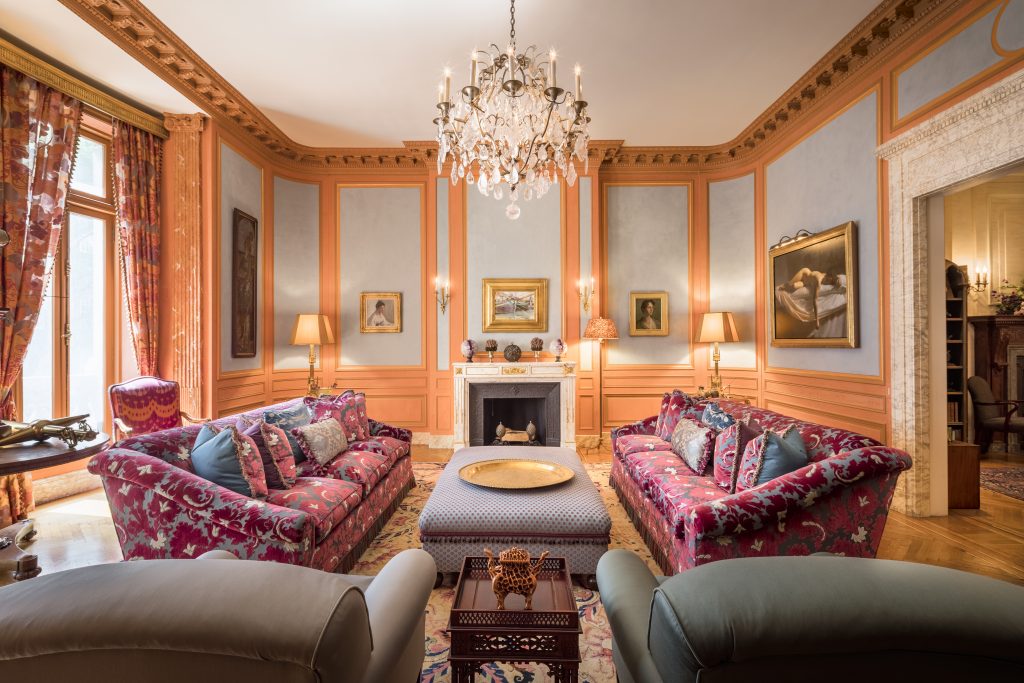 At 9 East 88th Street, young newlyweds Mr. and Mrs. Herbert A. Scheftel commissioned John Russell Pope and an equally young, up-and-coming architect, who would soon design the National Gallery of Art and the Jefferson Memorial, to complete interior alterations to their splendid James R. Turner and William G. Killian mansion. Herbert A. Scheftel was prominent broker with the firm founded by his brother-in-law, J.S. Bache & Company. Vivian Straus Scheftel was the youngest of the seven children of Isidor and Ida Straus. Isidor Straus served in the House of Representatives and was co-owner with his brother Nathan of R.H Macy and Company.

This glorious early-20th-century mansion, always a single-family residence, has been fully renovated and meticulously restored and maintained. Today, from its perch on a lovely tree-lined street in the Carnegie Hill Historic District, this splendid home offers a glimpse into Manhattan’s elegant and storied architectural past. 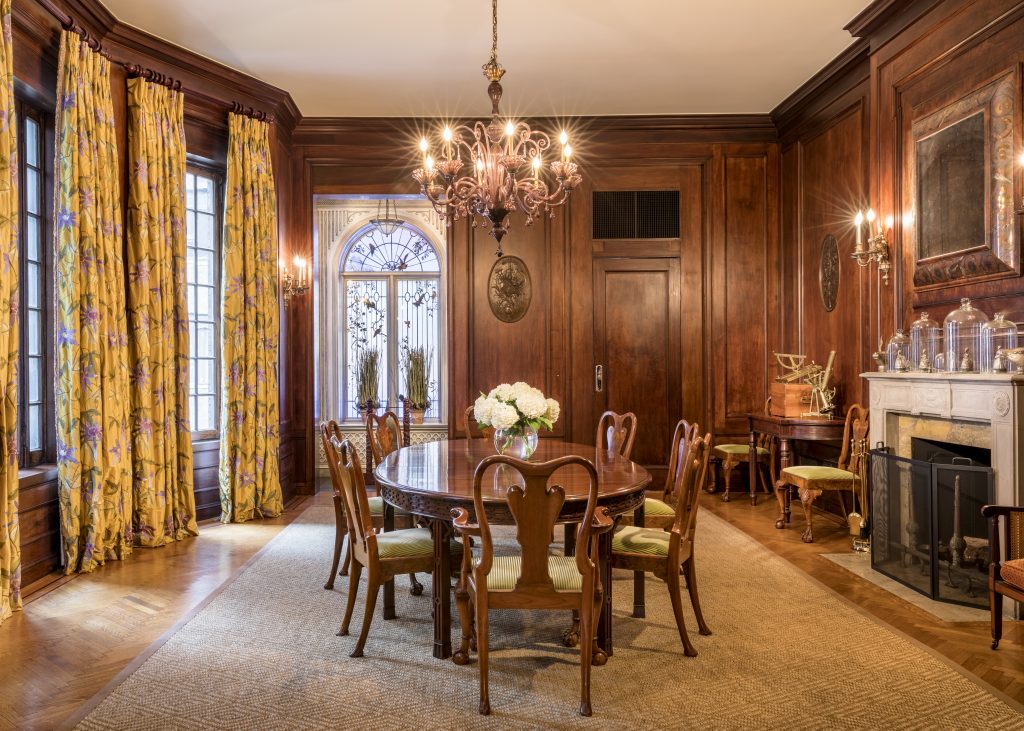 Grandly proportioned and with enchanting original detail throughout, 9 East 88th Street boasts an impressive width of 26 feet and is built almost to the full depth of its lot; a façade of brick, limestone, and marble; and interior ornamentation firmly rooted in Beaux Arts style: wrought-iron stair railings and balconies, handsome floors with herringbone-patterned parquetry, august dentil moldings, decorative sculptural elements, ornate stone and wood fireplaces, and walls purposefully designed and oriented for the display of art. The versatile floor plan features an enfilade of reception rooms reminiscent of the elegance of a bygone era. A grand center gallery is bookended by a gracious living room with French doors and a Juliet balcony and a music room adjacent to a superb, paneled dining room. Upstairs, a paneled library with French doors and a Juliet balcony, a billiards room, plentiful spacious private quarters with classically finished en-suite bathrooms, a study, and an office complete this versatile layout. The vintage wood-paneled elevator offers effortless access to every level. A large skylight illuminates the magnificent center stairway, while a secondary staircase opens onto every floor. The recent addition of a light flooded sixth floor conservatory gives way to two large, thoughtfully landscaped terraces with views of Central Park. 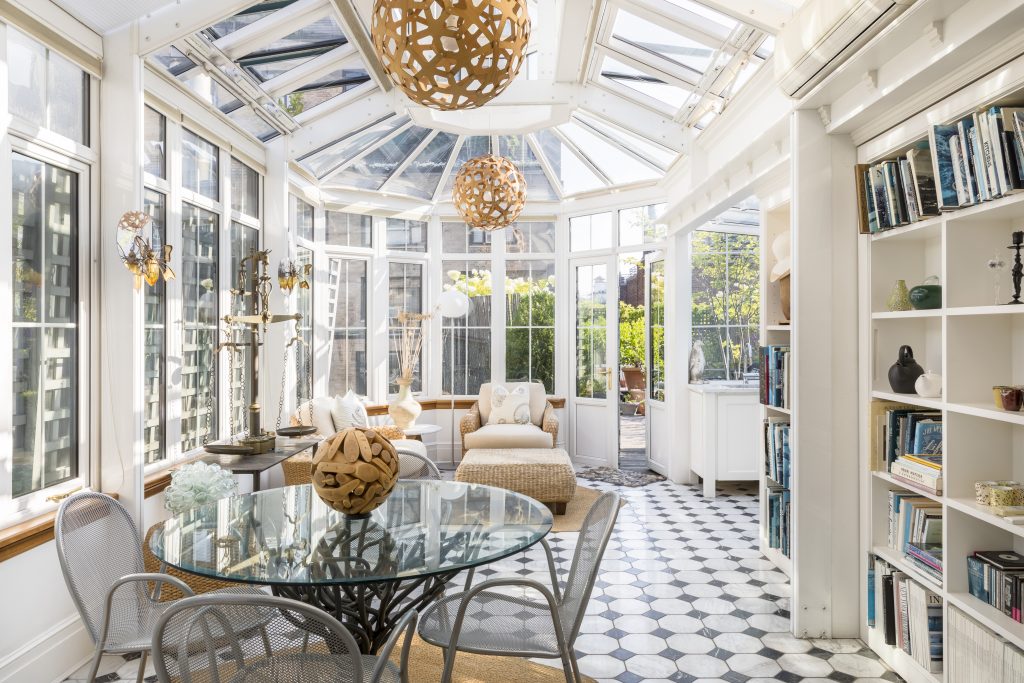 Its Gilded Age glory notwithstanding, the home has been fully updated with every modern comfort and convenience imaginable including state-of-the-art mechanical systems, top-caliber kitchen appliances, a gym, a media room adjacent to the eat-in-kitchen, security and irrigation systems, and central air conditioning throughout.