Inside a Historic Gem in Greenwich Village 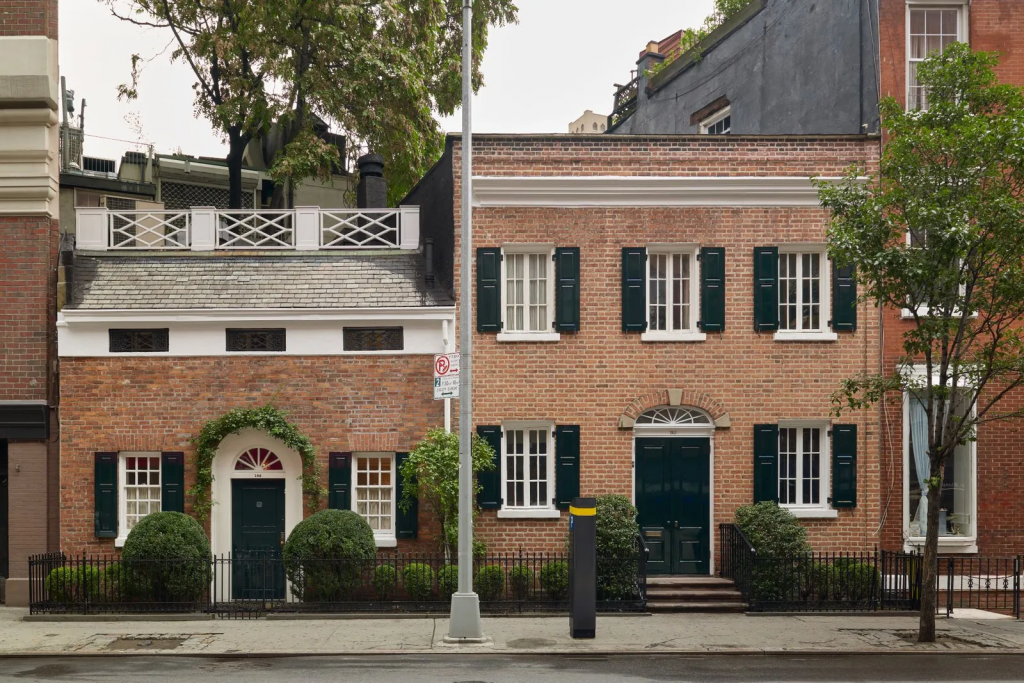 Provenance can infuse a home with a special magic. In a neighborhood of stately old brownstones lies this charming, cheerful bijou with its own unique story: American petroleum executive, entrepreneur, and bon vivant Armand Hammer bought these two structures—a 19th-century carriage house and an early-20th-century artist’s studio—transforming them into one enchanting residence. As colorful as the comprehensive art collection for which he was known, Hammer made this magical place his bohemian home beginning in the heyday of the Roaring 1920s. 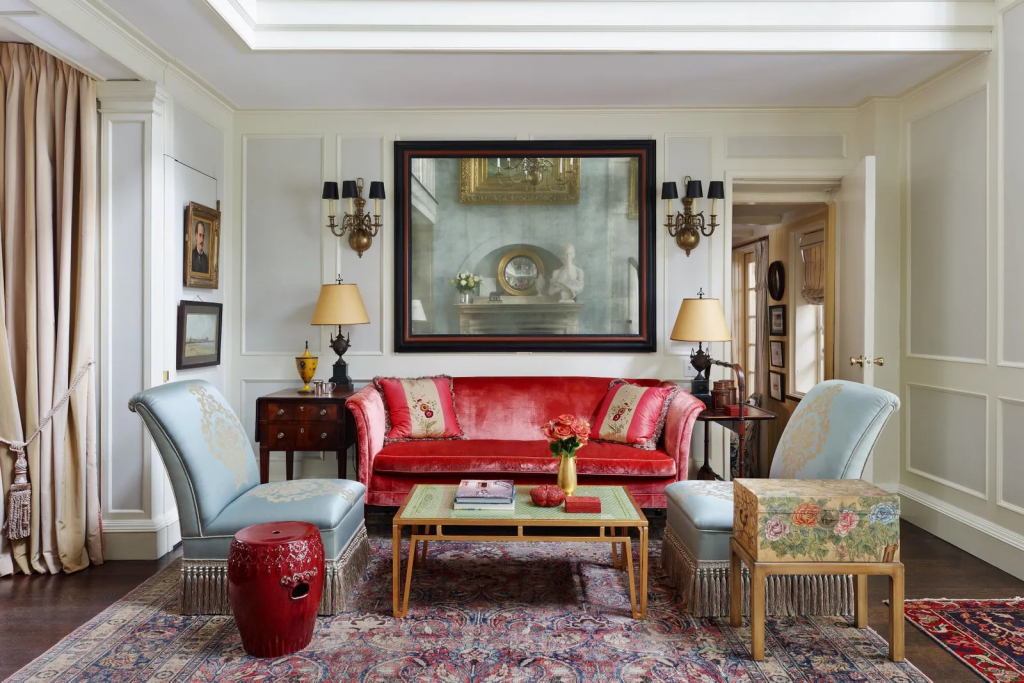 Recently renovated by renowned architects Fairfax & Sammons as their own residence and updated to the highest in 21st-century standards, this storied home is ready for its next chapter to begin. The mathematical formula known as Golden Ratio—which has been studied since the days of the ancient Greeks—has been utilized here to create harmonious, organically inspired design that is utterly pleasing in proportion. A respect for and knowledge of history “without being slaves to it” allowed the classically trained architects to maintain the home’s traditional character while updating it for chic, effortless modern living. Vintage details and superior contemporary finishes can be found side-by-side throughout—making this offering a rare opportunity to live in an object of architectural art. 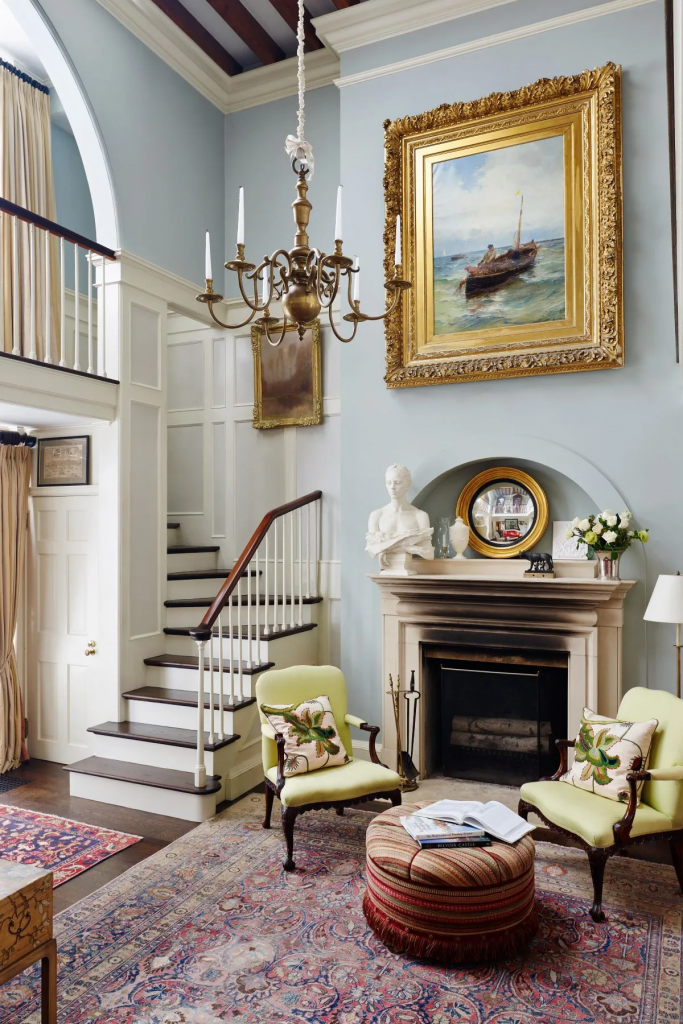 The heart of this Village gem is a welcoming living room with a soaring double-height ceiling and an oversized fireplace with a stately stone mantelpiece. Adjoining in the intelligently designed floor plan is a dining area and a discreet wet bar; steps away is a cheerful kitchen with a sitting area and the home’s second fireplace, surrounded by eye-catching tile. The upper level is ringed by a handsomely railed mezzanine, open to the entertaining space below, with numerous sunny triple-paned windows. On this level are two tranquil bedrooms and two baths. Tucked behind the residence is a very private English-inspired garden paved in herringbone-patterned brick and lush with verdant plantings—just the spot for tea or a small, sophisticated alfresco soirée. 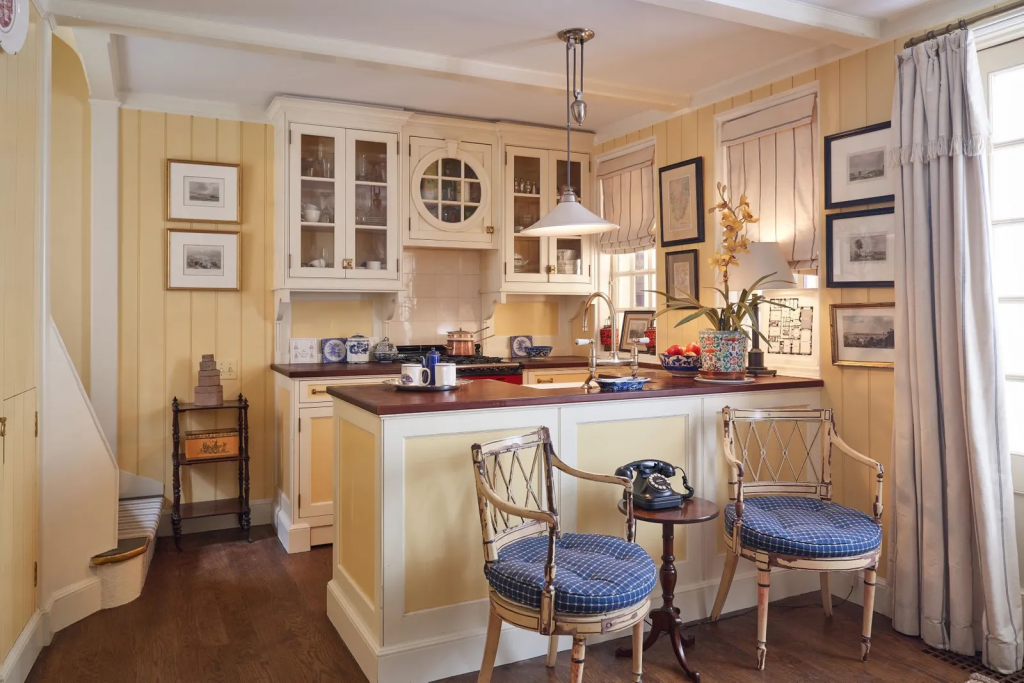 The residence is suffused with a very British aura and aesthetic, recalling perhaps a delightful mews house in London. It would make a remarkable hideaway in the midst of the bustling West Village and an ideal setting for consummately stylish entertaining hosted by a discerning new owner.