Inside a Penthouse in the Storied Puck Building

Beginning in the late 19th-century, an ornate Rundbogenstil building in the northwest corner of Manhattan’s Nolita neighborhood served as home to a humor magazine called Puck, named for the mischievous, spirited sprite of Shakespeare’s Midsummer Night’s Dream. The building adopted its own moniker from that publication, and thus, gilded mascots by sculptor Henry Baerer were erected on two of the Puck Building’s corners to serve as a reminder of its fun-loving namesake. 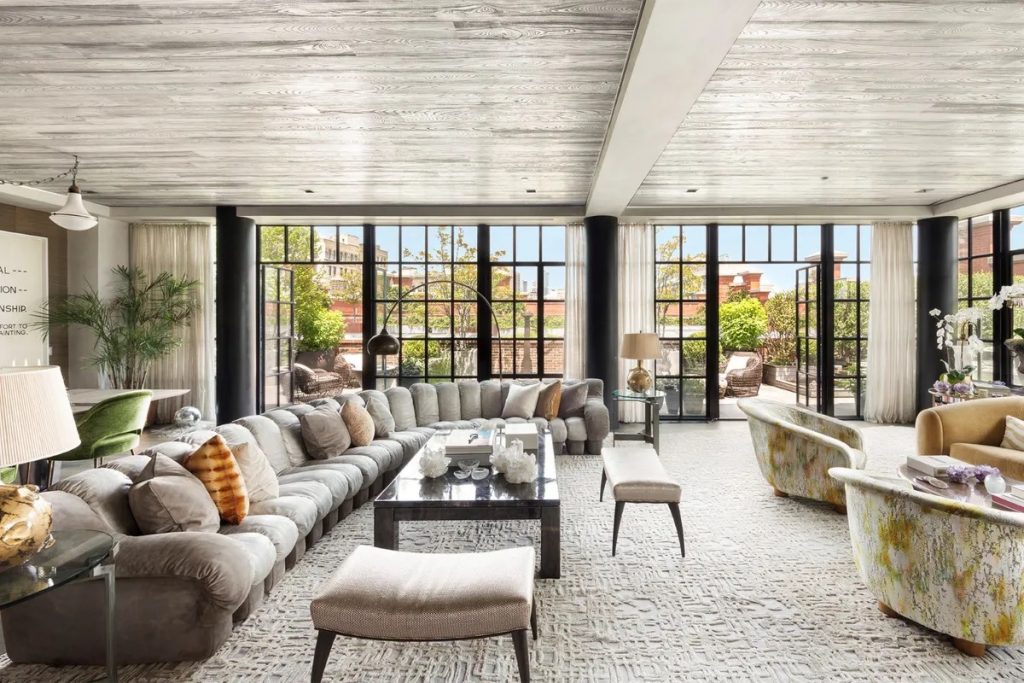 Amusement is certainly the order of the day in this remarkable bespoke penthouse, fittingly designed by Fox-Nahem Associates, whose work Architectural Digest has called “daring … full of color, art, and whimsy.” The hallmark—an enviable rarity in scope and scale—is its multilevel idyllic terrace, lushly landscaped and decked in ipe wood and limestone pavers. It offers space for lounging in the sun, dining beneath a delightful willow pergola, rejuvenating in a built-in spa, appreciating the tranquil sounds of a fountain, or combining indoor and alfresco pleasures thanks to a 55-inch television suited for the open air.

The nexus of indoor activity is a magnificent great room, wrapped in floor-to-ceiling windows and glass doors that open to the terrace and reveal views of city rooftops and blue sky. Beneath eye-catching metalized wood-plank ceilings are living and dining spaces with walls that feel distinctly intended for the display of art and a full-height steel fireplace that warms the room with gas. Uniting form and function, the chef’s kitchen features a marble-topped island with seating for four, custom cabinetry, and top-tier appliances—among them a coveted La Cornue range—all capped by a ceiling with multiple beam-and-brick barrel vaults. Furthering opportunities for diversion is a media room with padded wool walls, a Sonance surround-sound system, and a custom bar. 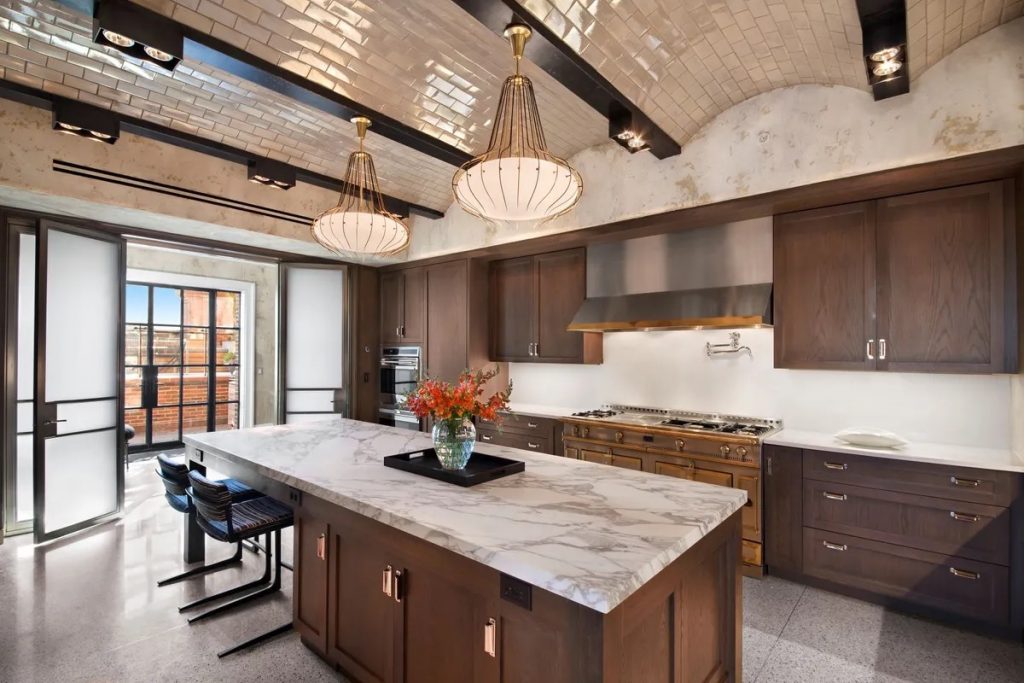 With privacy in mind, the private quarters are well separated from the public spaces. The restful owner’s oasis has a barrel-vaulted brick ceiling and three sets of tall east-facing, light-admitting windows with motorized shades; it is accompanied by two distinctively designed full baths with soaking tubs, steamshowers, and discreet Séura televisions as well as a pair of dressing rooms, an office, and a gym. Visitors will appreciate the three chic guest bedrooms, all of which have en suite baths and custom closets. 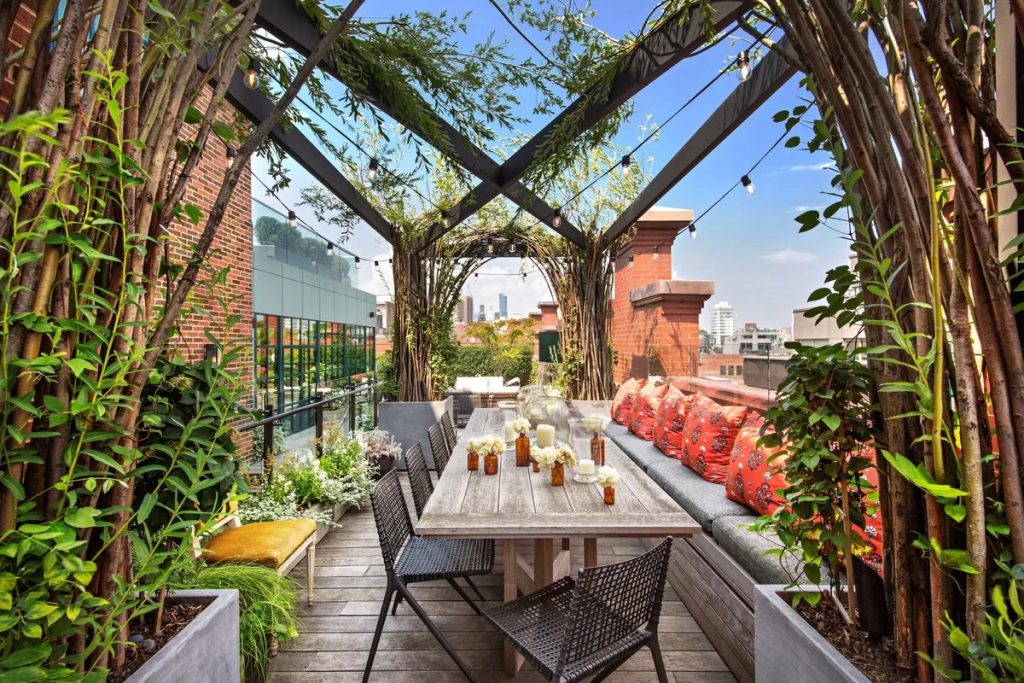 In addition to the comforts and conveniences afforded by a Savant home automation system and a custom climate-control system, residents benefit from a full-time door attendant and concierge services. The neighborhood is one of Manhattan’s most desirable and convenient, mere steps from restaurants, shops, and entertainment venues—including, perhaps much to Puck’s delight, the Public Theater, which hosts of the world-renowned Shakespeare in the Park every summer.