Inside the Adler Deutsch Vineyard 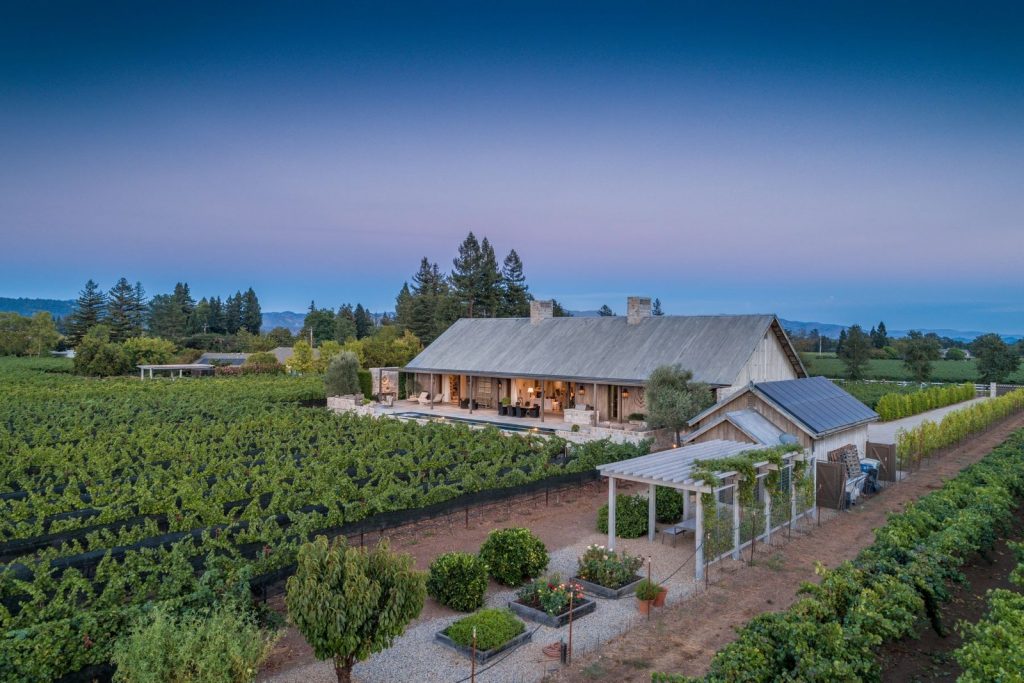 The aesthetic prowess of architect Howard Backen and designer Richard Hallberg combine in this quintessential wine country estate, known as the Adler Deutsch Vineyard. The anchoring 4,300-square-foot residence is a sophisticated oasis on the verge of three gated acres of proprietary Cabernet Sauvignon vines. 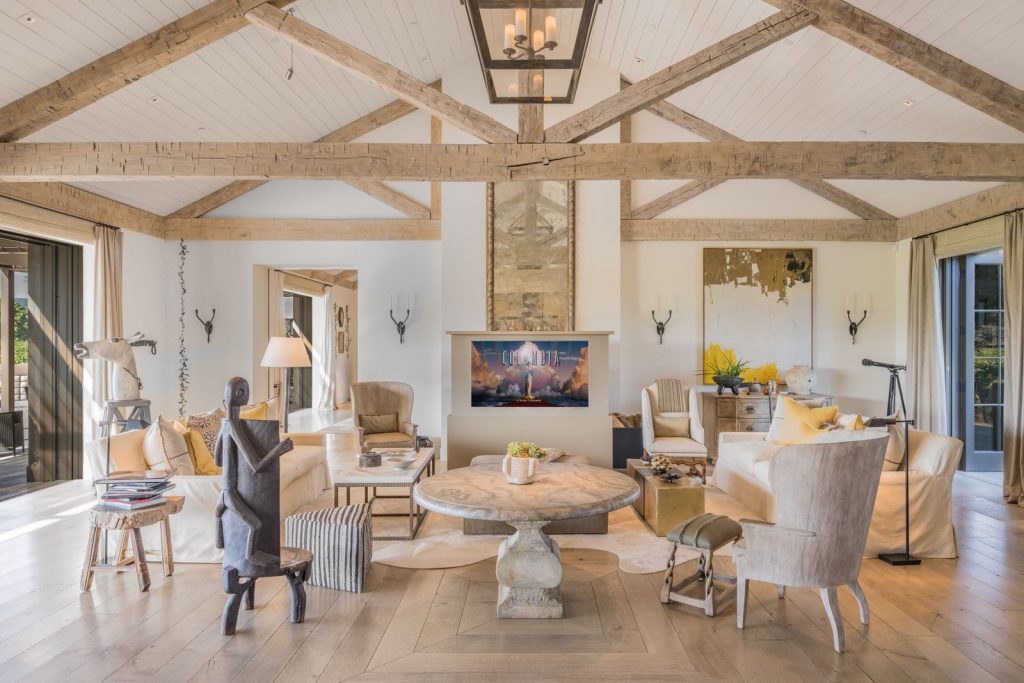 In nearly every room of the home, walls of glass—both oversized windows and disappearing doors—admit deluges of dazzling Northern California light along with iconic views of the vineyard that unfolds just outside. The heart of the home is a magnificent great room, where a ceiling braced by reclaimed Pennsylvania barn beams and accented by distinctive Hallberg-designed chandeliers soars dramatically above a chic living and entertaining space with blonde oak floors and a fireplace. Elsewhere, French limestone floors and tastefully incorporated stone and woodwork contribute to an air of modern refinement. 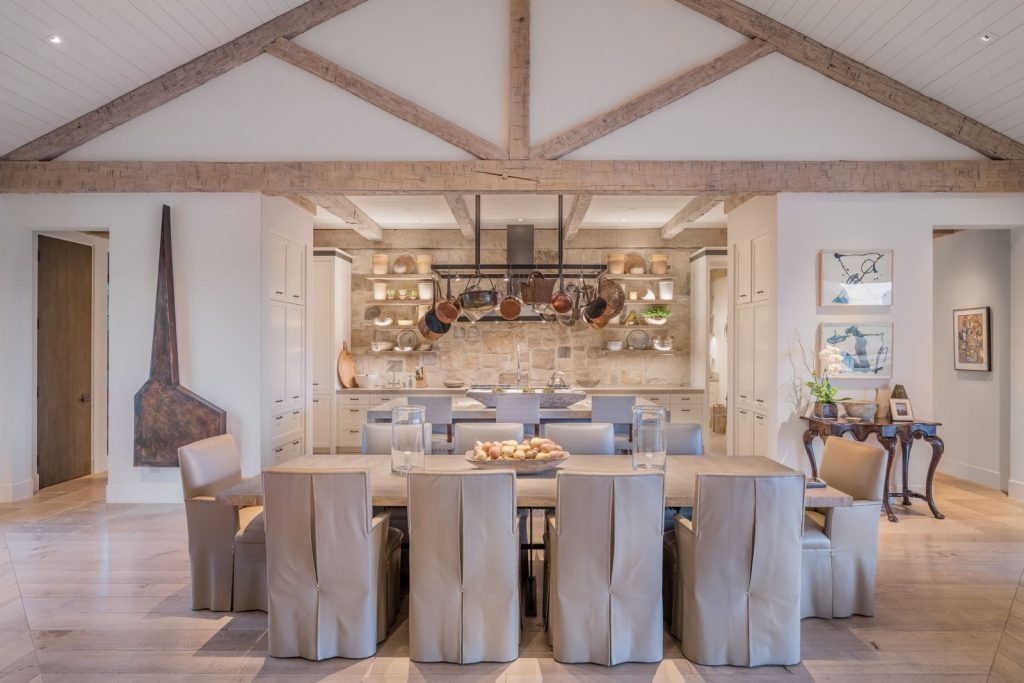 Cooks and entertainers alike will appreciate the kitchen, which is equipped with extensive bespoke cabinetry, a honed-limestone island with counter seating, a carved sink with a custom-forged faucet, and top-caliber appliances, including a dual-oven Wolf range. The nearby scullery augments the possibilities when hosting a crowd. 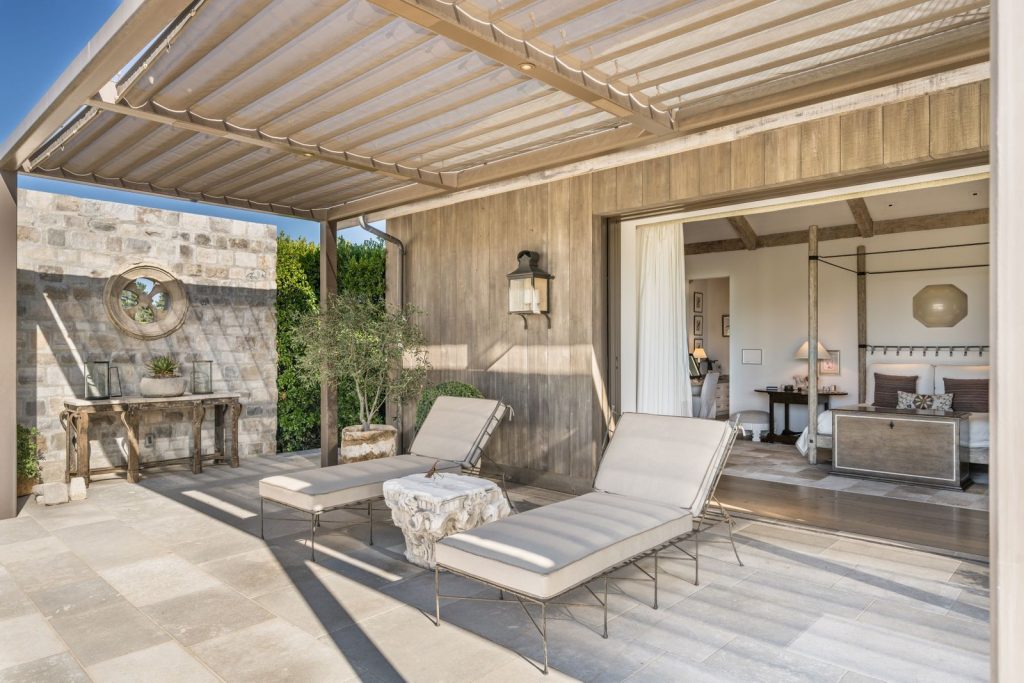 The estate’s enviable alfresco living areas include shady covered spaces and sunny open-air spots: an outdoor cooking space with an integrated Kalamazoo grill, built-in seating thoughtfully arranged around two warming fire pits, a reinvigorating lap pool, and a relaxing spa. Movement between indoors and out is an effortless everyday occurrence here, with easy access from the great room as well as the owner’s suite, which features two dressing areas and a spa-inspired bath with a Water Monopoly soaking tub and an oversized steam shower walled in privacy glass. 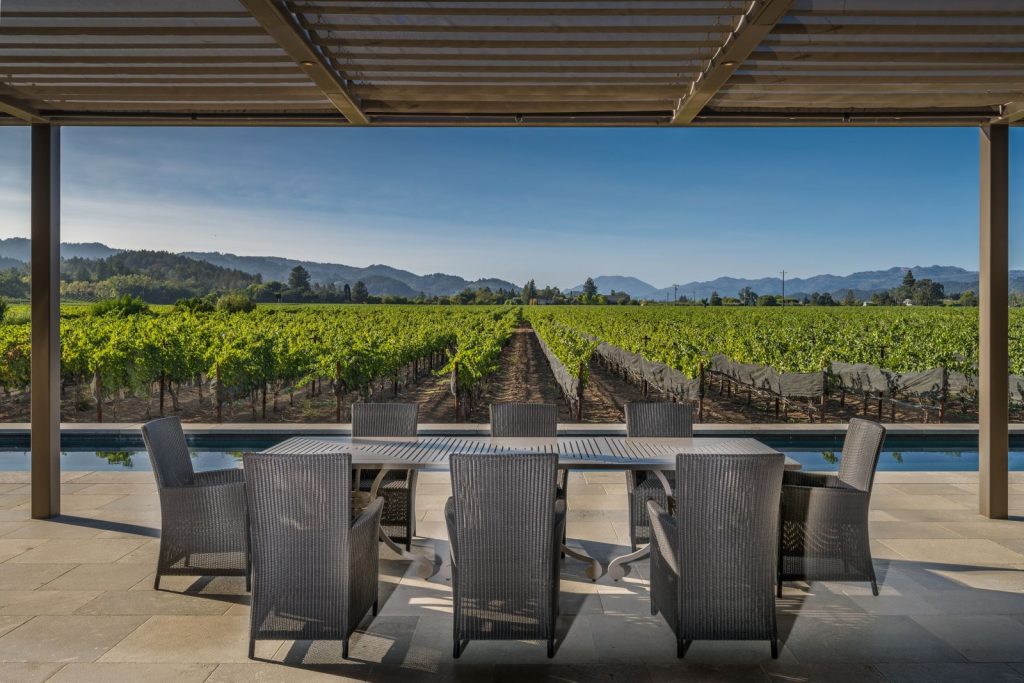 The vineyard—whose soil is regarded as some of the best in the Napa Valley for cultivating the Cabernet Sauvignon grape—has been maintained by the illustrious Jim Barbour, one of the area’s most respected viticulturists. On the periphery of the grounds are a shady picnic arbor, fruit trees, and beds for raising flowers, vegetables, and herbs. From nearly every vantage—including the home’s guest suite, the contemplative office, and an additional private terrace secluded behind privacy hedges—views stretch from the foothills to the peaks of Mount Saint Helena, with the unmistakable greenery of wine country vines in between.