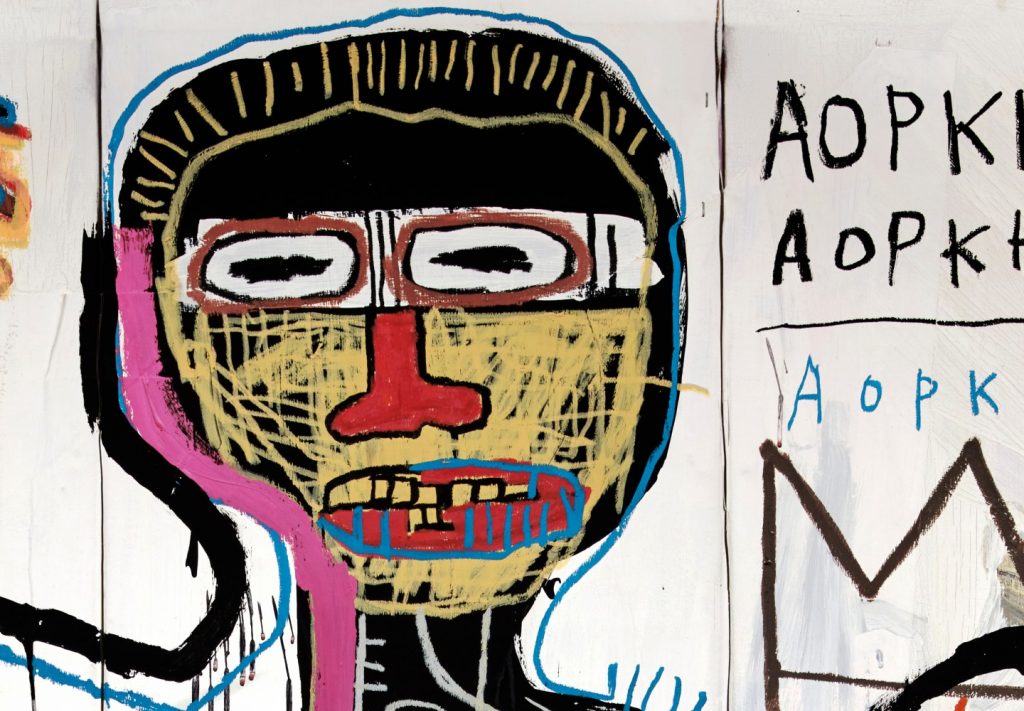 An extraordinary work executed in 1982, when the artist was just 22 years old, Jean-Michel Basquiat’s Versus Medici will star in the Sotheby’s Contemporary Art Evening Auction in New York on 12 May, where it will be offered with an estimate of $35–50 million.

Versus Medici is among Basquiat’s most forceful visual challenges to the Western art establishment, in which the young artist boldly crowns himself successor to the artistic throne as established by the masters of the Italian Renaissance. The artwork has remained in the same distinguished private collection since 1990; it was previously in the collection of Stephane Janssen, an early champion of Basquiat who acquired it from Larry Gagosian on a visit to Basquiat’s studio in 1982.

Versus Medici is an early, prime masterwork from the artist. Basquiat completed the work in 1982, the same year as the record-breaking Untitled, which sold at Sotheby’s in 2018 for $110.5 million, and shortly after his breakthrough inclusions in the Times Square Show in 1980 and New York New Wave at PS1 in 1981.

Read more about this incredible piece by Basquiat on Sothebys.com