Open House | Inside a Victorian Gem in New Jersey 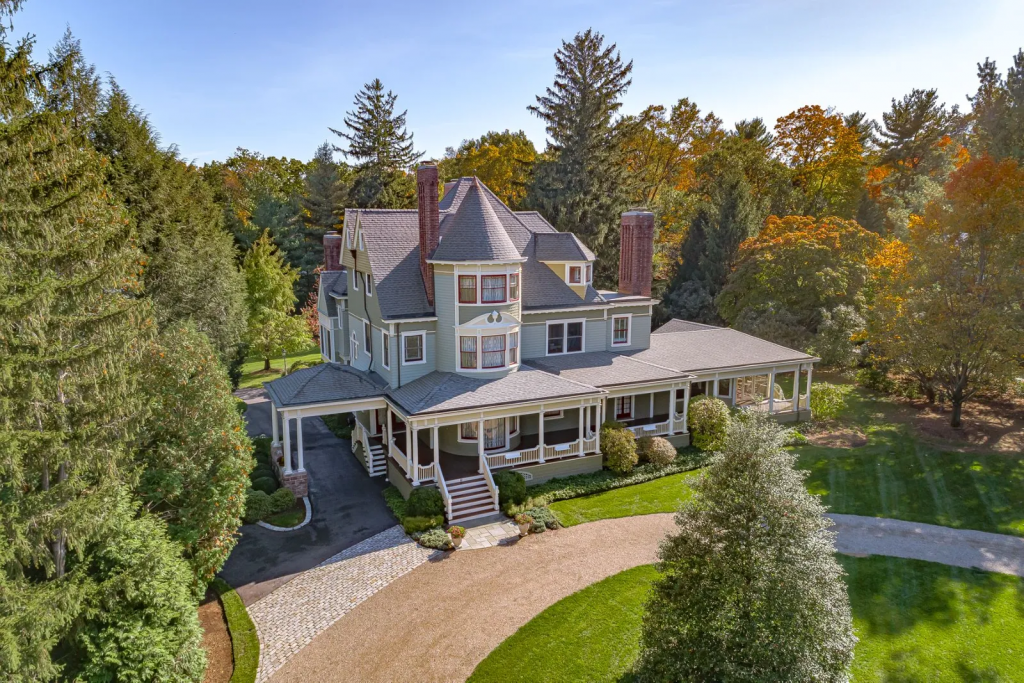 Traditional Victorian homes tend to be steeped in history, and this immaculate Madison, New Jersey property quite literally has a storied past. Commissioned by J.H. McGraw of McGraw Hill Publishing as a summer retreat for the family, the home was completed in 1890 and dubbed “Edgewood.”

While Victorian architecture refers to the era of Queen Victoria’s reign from 1837 through 1901, this home’s design in particular is classically Queen Anne, distinguished by its gabled roofs, rounded towers, asymmetrical design, wrap-around porches, and ornate façade.

Though it was built over a century ago, the home has retained its distinctive features and continues to exude a timeless Victorian charm. 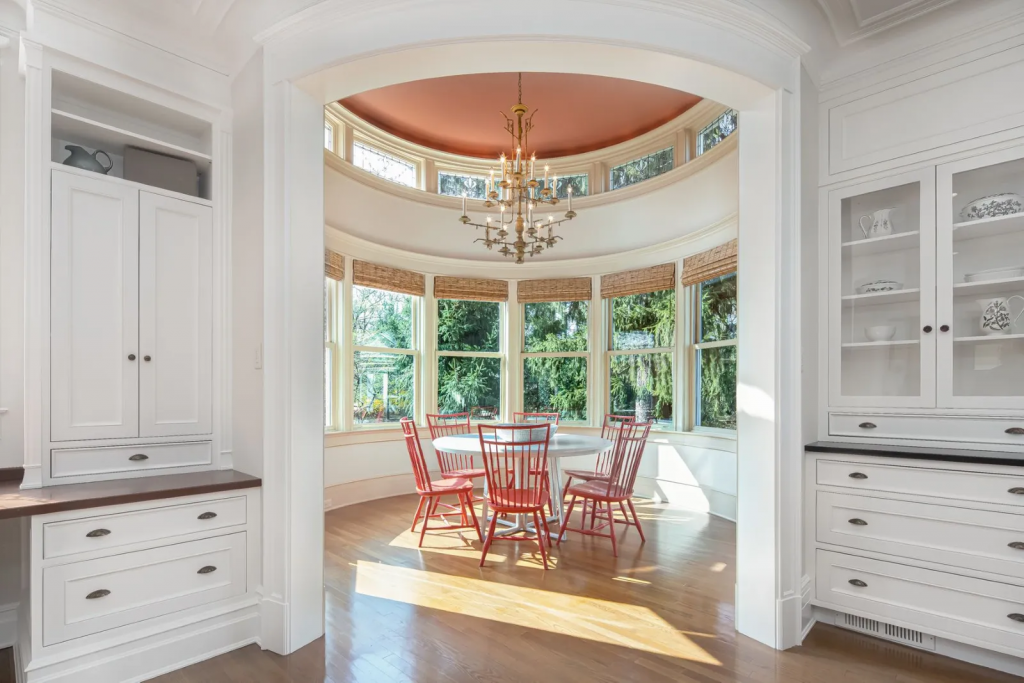 In order to modernize this quintessentially Queen Anne home, great care was taken to seamlessly blend any additions made to the property. Noted architect David Rosen lent his talents to ensure the historical integrity of the house remained intact, while enhancing its functionality and versatility with extra space for modern living. Take, for instance, the light-filled domed breakfast nook with panoramic views of the exquisite garden—the home’s original character has been preserved with the addition of a Victorian-inspired rounded tower to the façade, which also adds a desirable new space indoors. 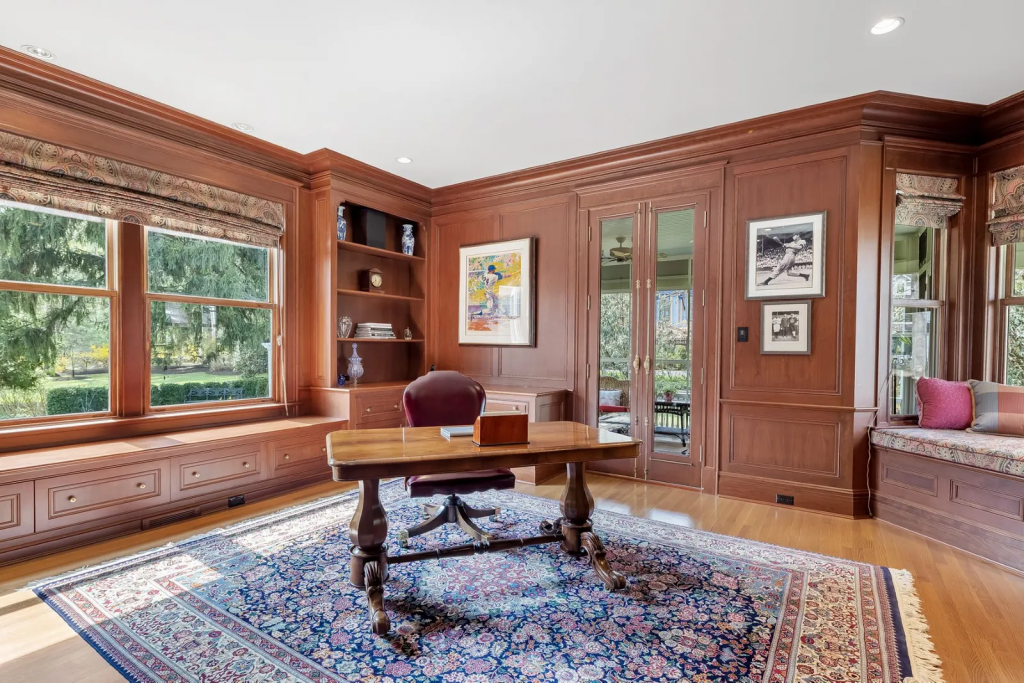 The home as a whole is undoubtedly spectacular, but it’s the fine attention to detail that makes it truly special. Elegant intricacies appear on the moldings, fireplaces, and flooring throughout the house, typical of the Victorian-era’s ornate style. Details include cherry-paneling and custom built-ins, which line the grand home office; in the primary bathroom, a claw-foot bathtub and heated marble flooring both elevate and modernize the space. Many of the home’s fixtures and finishes have been imported, and the custom intuitive lighting system ensures all spaces are well lit. In this magnificent Victorian home, no corner has been overlooked. 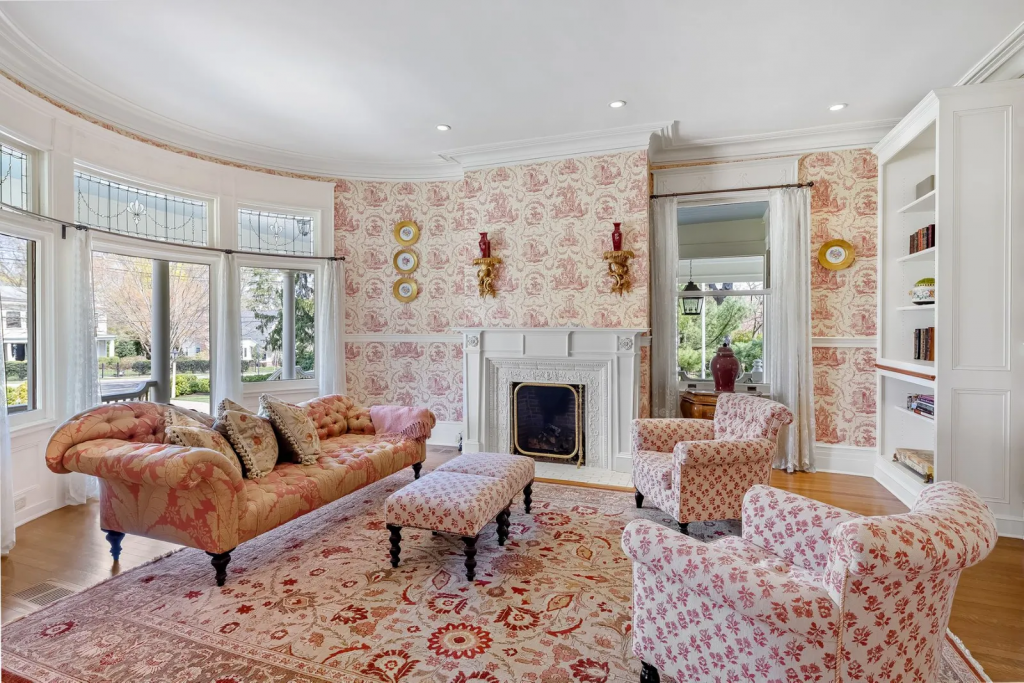 The property’s interior has just as much Victorian sensibility as its exterior. The walls are works of art in their own right, adorned with intricate painted tapestries and floral patterned papering, while the large windows have been embellished with luxurious drapery. Ornate sconces and light fixtures draw inspiration from the Victorian era, as do architectural shapes and designs found on staircases, ceilings, and doors. Though every effort has been made to stay true to the home’s heritage, there are delightful contemporary touches to be found, such as in the bright and airy kitchen and marble finishes in the primary bathroom.

While this Victorian home would not have been built with all the contemporary features it  now offers, the amenities that the space has gained over the years serve to enhance the estate and provide the best of modern living. From the temperature-controlled wine closet, to the spacious game room and pet grooming half-bath, there are plenty of ways to stay entertained at home. In addition, gardening aficionados will be pleased by the heated carriage house (one of two on the property)—with a wood oven, it’s a prime space for planting and potting in any season.

Situated on over an acre of meticulously landscaped grounds with perennial gardens, this New Jersey house brings the best of Victorian architecture, design, and décor into the 21st century. Whether occupied year-round, or fashioned as a sunny summer home as it was by its original owners so many decades ago, there are many new stories waiting to be told in this Victorian gem.