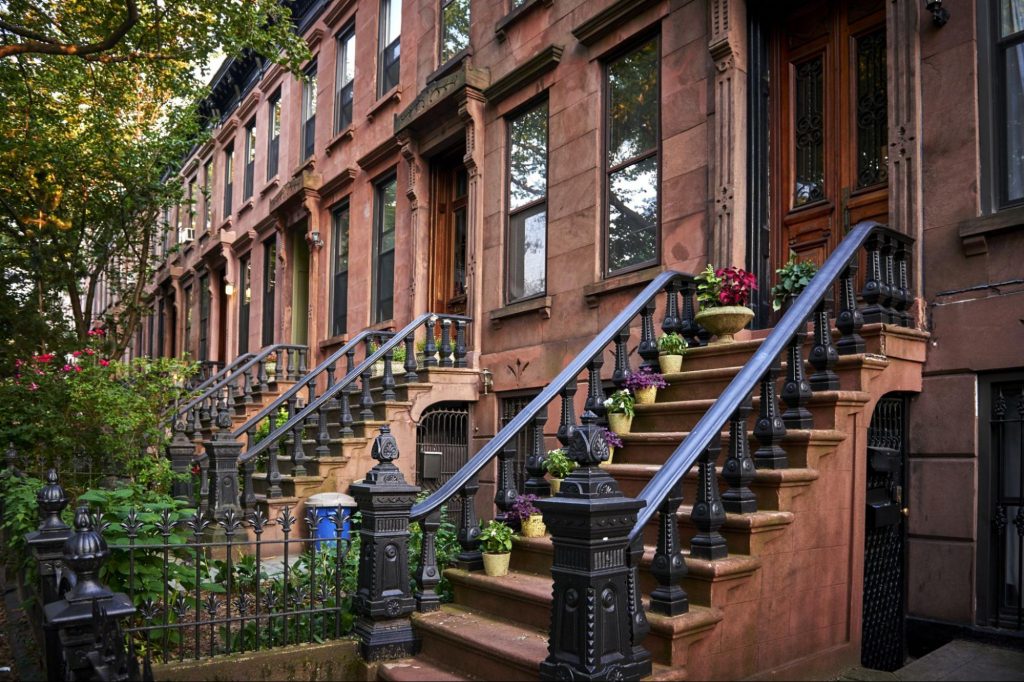 To own a spacious property anywhere in the densely-packed boroughs of New York City is a feat; to own an authentic brownstone is a true New York achievement. These buildings are iconic landmarks that preserve the social, cultural, artistic, and architectural heritage of the city, and in doing so, they’re inimitable.

Some people may use “brownstone” as a shorthand for any of the city’s historic townhouses or row houses, but the term has its roots in a very particular style. A building must meet specific requirements to be considered a brownstone. Here’s an overview of what precisely makes a brownstone a brownstone, along with five select examples of this famous architectural style.

Built in Brick, Clad in Brownstone

Brownstones aren’t actually made out of brownstone: the heart of these classic buildings is brick. Only their front cladding is made from the eponymous material, which is a type of fine-grained freestone—in this case, soft sandstone—suffused with enough hematite iron ore to give it the signature chocolate hue. Brownstone was seen as a purely practical building material in the 18th and early 19th centuries—but with its sculptable surface and earthy beauty, its popularity began to surge in the mid-1800s. 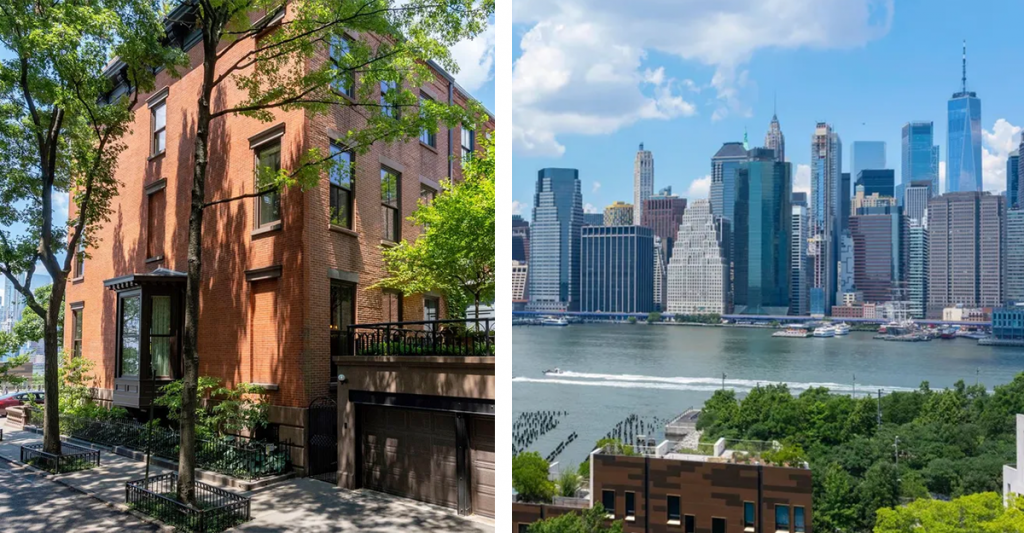 The essential brick components can be seen on this exceptional Brooklyn Heights brownstone, which has been restored to its classic 19th-century elegance with the addition of top-of-the-line amenities. Each floor is expansive—and this sense of openness is further enhanced by the fact that the home is situated on a bluff overlooking New York Harbor, the Statue of Liberty, and Manhattan’s Financial District.

In the latter half of the 19th century, the emergence of Romanticism in art and literature gave brownstones a boost. Their color was evocative of the idealized natural world, and the stone could be easily carved with intricate Italianate detailing such as rich foliage around the doorways and moldings. As the Italianate style gained popularity between the 1860s and 1880s, brownstone eclipsed more traditional high-end materials such as marble, granite, and limestone for the creation of opulent building façades. 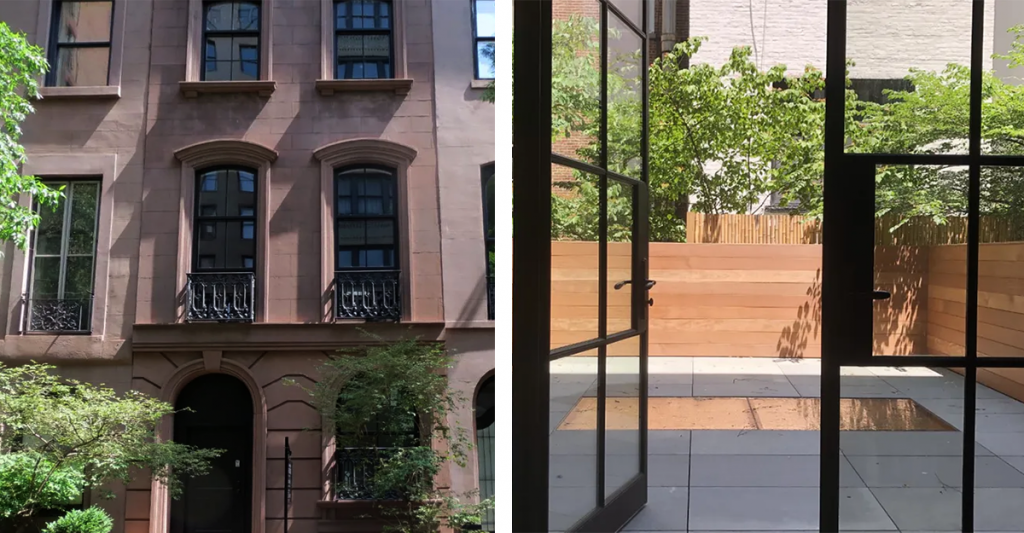 The Anglo-Italianate style of this midtown masterpiece was meticulously preserved when the building was recently repaired and refreshed. New windows, doors, and trusses, as well as a new roof and parlor floor, were all customized in accordance with the home’s original plans. Now it’s the best of both worlds—an original brownstone with its most compelling architectural elements intact, but with every modern convenience.

Dressed to Impress, Room to Entertain

One of the biggest benefits of brownstones—both in the past and present—is the square footage they afford. These classic townhouses typically cover four or five floors, often with a basement level, a kitchen and garden level, a parlor floor accessed from the iconic front stoop, and bedrooms above. Because these homes were originally meant for wealthy merchants and industrialists, they were built for grandeur, with high coffered ceilings, majestic staircases, and stunning craftsmanship from the floors to the doors. 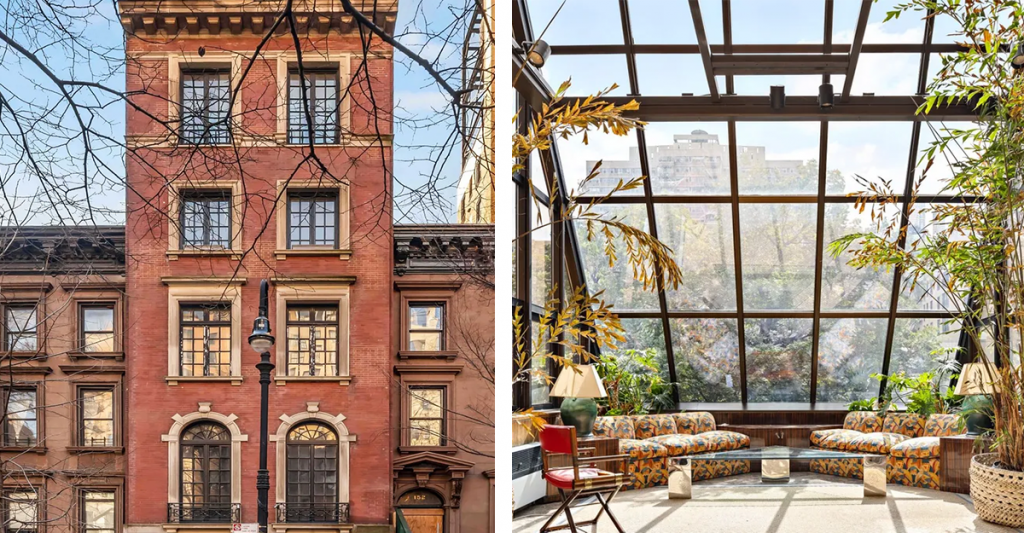 This Upper East Side masterpiece was originally built as a brownstone in 1874, but once it was acquired by a high-society heiress in 1915, she promptly had the fronting converted to brick and expanded the home to elevate the ceilings and add two entirely new levels. The end result is a stately former brownstone that’s unique in both its spectacular height and fascinating backstory.

Rare Relics on the Upper West Side

Brownstones weren’t just altered in renovations. Thousands were actually demolished in favor of apartment buildings in several bursts of development following the first and second World Wars, as wealthy families packed their belongings and left for larger mansions on Long Island and Westchester. This is when the Upper East Side lost most of its brownstones—but they survived on the Upper West. Along with Brooklyn, this remains one of the few areas where unchanged specimens still exist. 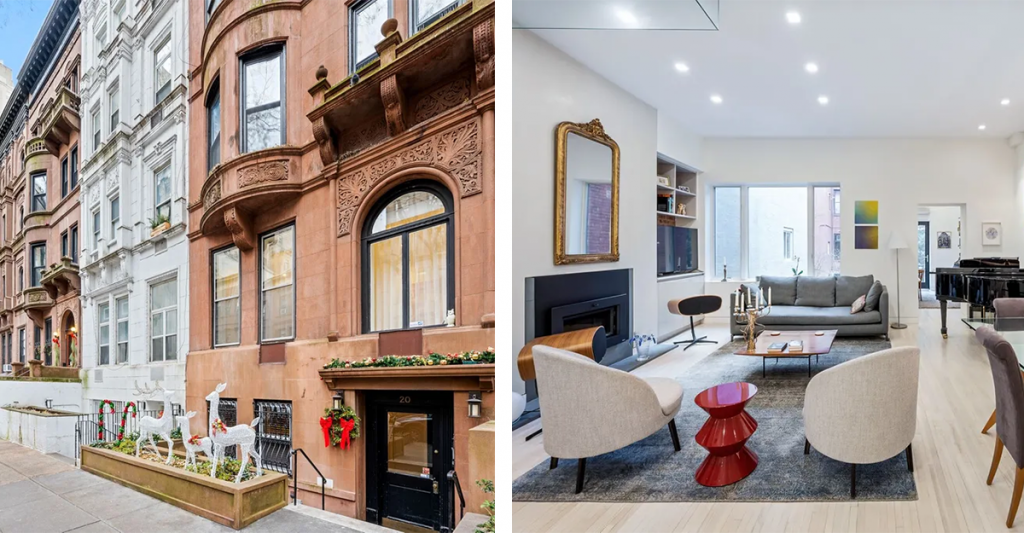 To see an example of this preservation, look no further than the West 90th block of the Upper West Side, where this Renaissance Revival brownstone has looked almost exactly the same since its 1893 construction. Of course, the same cannot be said for the interior, which now boasts a chef’s kitchen, a primary bedroom with a luxurious marble ensuite, and a second bedroom or office that opens onto a tranquil, enclosed garden.

Many of the brownstones of the Upper West Side were built near the end of the 1800s, which means that they take aesthetic cues from movements and moments that extend beyond the Italianate style that crested in the 1880s. In this neighborhood, it’s not unusual to see Queen Anne, Beaux Arts, and Romanesque influences in the brownstones’ sumptuous ornamentation. 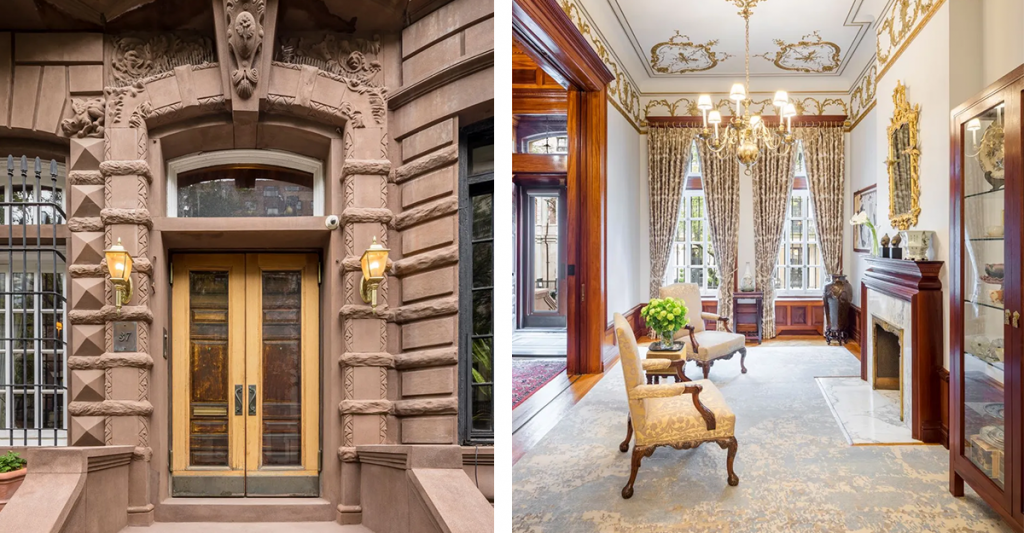 Unlike the many brownstones that were divided into separate apartments during the 20th century, this magnificent townhouse from 1889 has always remained a single-family residence. It showcases the Queen Anne and Neo-Renaissance styles associated with the later Upper West Side brownstones, with woodwork and molding seldom seen in contemporary homes.

It’s understandable that brownstones are a calling card for New York: over time, they’ve come to represent a cultural ideal and an elegant approach to urban living. They’re differentiated by their physical substance, visual style, and continued survival—and they provide a handful of lucky residents with a chance to own not just an incomparable piece of property, but an invaluable piece of history.

Happiness at home comes in all shapes and sizes, from brownstones to palatial retreats. Looking for a lift? Explore these luxury homes in the world’s happiest countries.