Travel for the Journey, Stay for the Destination 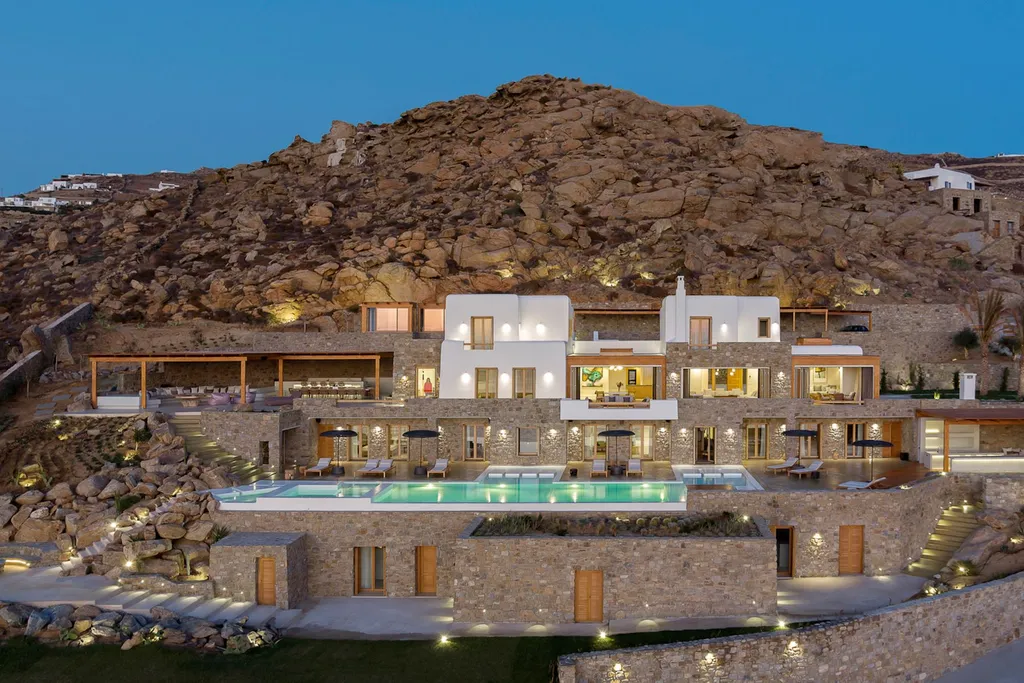 For any avid traveler, the ultimate question is “where to next?” The opportunity to venture to unfamiliar locales never gets old, and should never be taken for granted. Any time you pack a bag and set out for a change of place, pace, and scenery is a chance to broaden your horizons and nourish your being.

When you realize you could happily live somewhere, or visit and vacation there regularly—then perhaps it’s worth considering acquiring a property. These five homes in favorite escapes compel you to appreciate what could be possible.

A One-of-a-Kind Skyline Beside the Sea 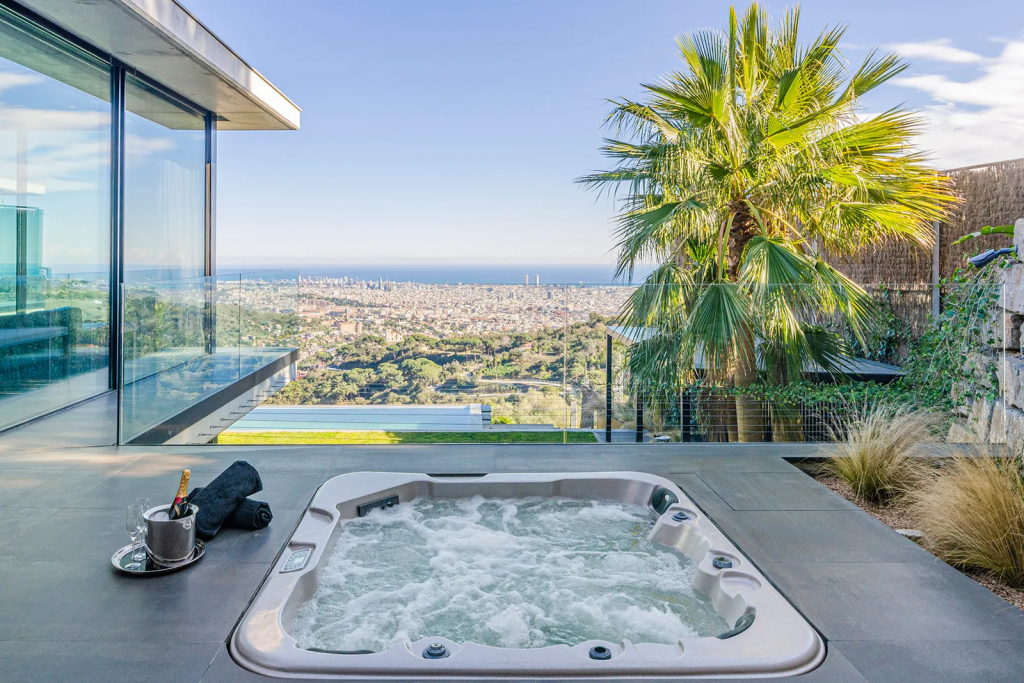 The south coasts of Europe have long had a spellbinding effect on travelers—especially Barcelona, the Catalan capital. Where other metropolises have conventional skylines, Barcelona bears whimsical spires and spirals by Antonio Gaudí; where other metropolises sprawl into suburbs, Barcelona boasts plush sandy beaches just steps away from its effortlessly walkable pedestrian thoroughfares.

It’s the ideal city to have a permanent property in. While international buyers tend to congregate in neighborhoods such as Gràcia and Diagonal Mar, locals know that the true gem is Sarrià-Sant Gervasi, where this contemporary, minimalist mansion is situated. Foreigners might think this eminent district of historic manors and contemporary estates is too far from downtown. But true Catalans know rail connections are just a few minutes away, and it takes little time to travel the 2.5 miles to the city center.

Old-World Wonder, Without the Crowds

When traveling around the Mediterranean, it’s often the lesser-known areas outside major metropolitan centers that foster the fondest memories. That’s certainly the case with Lecce. Because of its small size and world-class educational institutions, it carries all the energy of a university town. But with its extravagantly baroque buildings, it also possesses the elegance of a stately capital.

This exquisitely renovated residence—with nine spacious bedrooms, spa-like amenities, and a wealth of meticulously restored historic character—provides fabulous accommodations for an extended visit. To the southwest, the Ionian Sea is just a few minutes away; to the east, Lecce is just a short drive. And all around are the sumptuous vineyards of Lower Salento wine country. 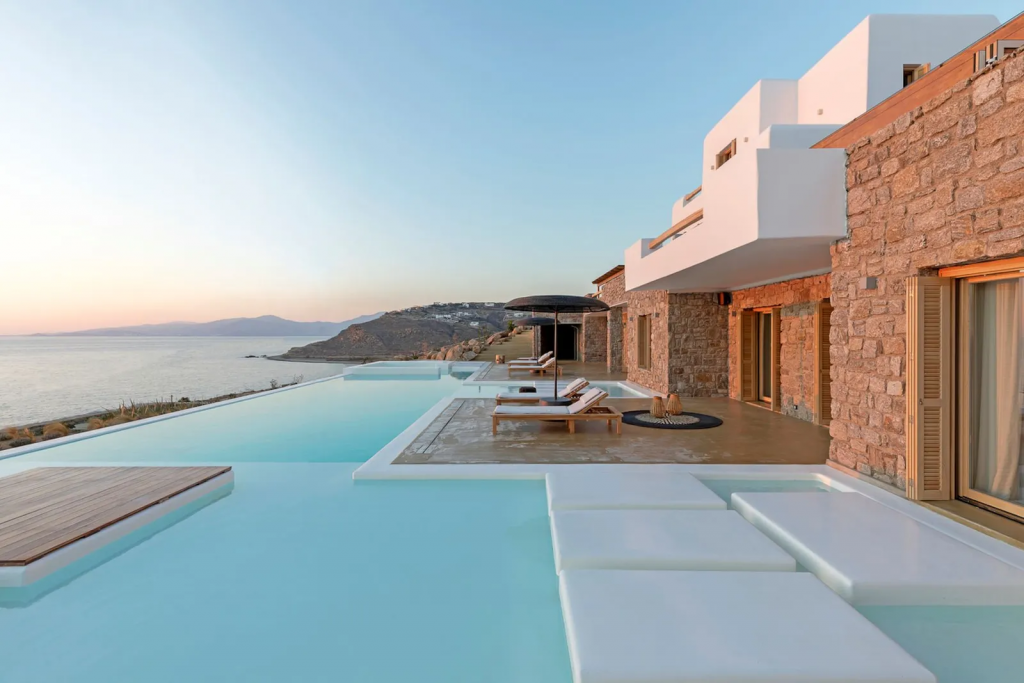 Then there are those places more intimate than a city that punch well above their weight in terms of popularity and luxury. Geographically minuscule but culturally massive, the Greek Island of Mykonos has become a glitzy retreat where the ultra-rich and uber-famous frequent its beaches, boutiques, restaurants, and clubs.

To live like one of Mykonos’s celebrity guests, it’s necessary to have a private escape from the nightlife. This stunning villa, aptly known as Skyrock, provides precisely that. You round the corner from the parties and festivities in town, and suddenly it’s just you and the steady rhythm of the surf. In this home, the architecture is almost as sublime as the views, with luminous, futuristic rooms and nooks that seem organically contiguous with the oceanfront cliff.

In the mid-19th century, adventurers flocked to the Otago region of New Zealand to hunt for gold. Now, travelers are drawn for different reasons, such as the dramatic peaks and glittering glacial lakes of the Southern Alps, or the pastoral hills and fields of the world’s southernmost wineries.

Located on the shores of Lake Wakatipu, Queenstown is a resort town—but the true resort is this spectacular home in the foothills to the east. All three bedrooms have views overlooking the mirror-like waters of a fresh mountain tarn, as well as full ensuites. The property also boasts approximately 40 hectares of land that back onto a range aptly known as The Remarkables. 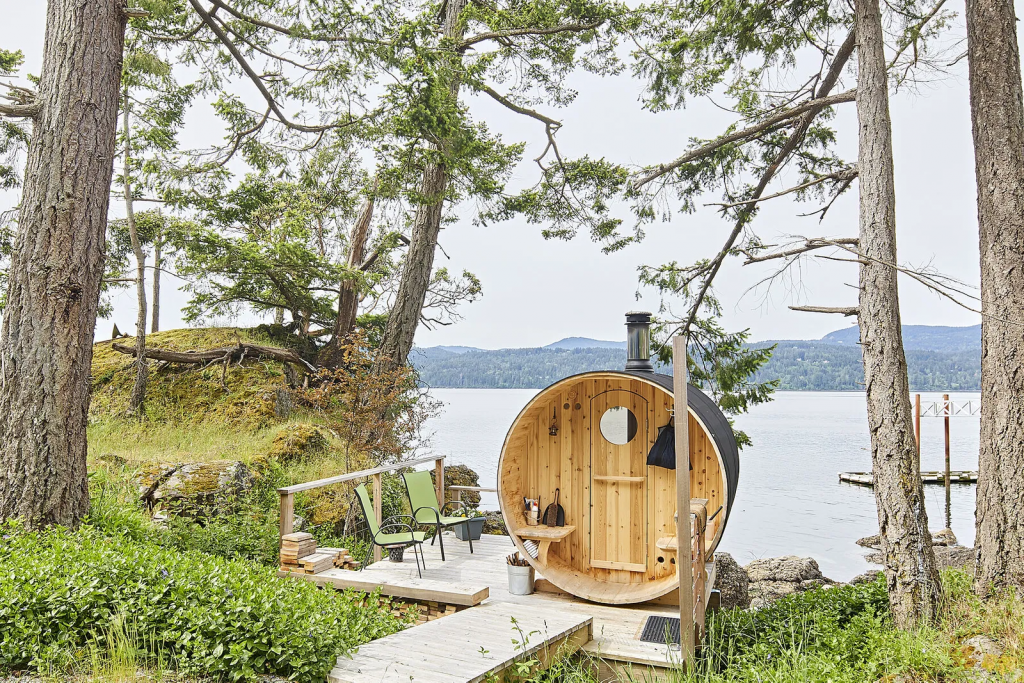 Canada’s rugged west coast also ranks among the world’s most magnificent landscapes, with mountains, inlets, and islands cloaked in temperate rainforests, surrounded by the breathtaking Pacific Ocean. Both recreation and relaxation are abundant on Salt Spring Island, the largest of the Gulf Islands in the Strait of Georgia, between Vancouver and Vancouver Island.

This is the dynamic setting of this architectural marvel, which descends a rocky outcropping on Scott Point to make the most of the region’s cinematic seascape. And while gorgeous cafés, gourmet restaurants, and organic farmer’s markets can be found throughout the nearby towns and villages, there’s no need to venture far for a spa treatment—not with the fabulous indoor and outdoor amenities on offer at this inimitable residence.

Too often, vacations can feel surreally detached from ordinary life, like a fleeting dream you awaken from as soon as you return home. But when you have a property waiting for you at one of your favorite destinations, the dream enfolds reality, allowing you to discover a level of excitement, contentment, and leisure you never thought possible.

Looking for more relaxing properties? Take a tour of these homes that feel like five-star hotels.